HockeyNow recognizes the importance of supporting, promoting and giving back to the hockey community in Canada.

Since 2000, the B.C. award program has been recognized annually on the cover of the July issue of the magazine as well as online at HockeyNow.ca. This year, we have introduced the award program in Alberta and Ontario, allowing us to showcase more of the extraordinary minor hockey players throughout the country.

During the hockey season, our selection teams rank players regionally in each province, before narrowing the list down to a smaller group of finalists. The selection teams will then evaluate applications and announce the winners in June.

Eligible players for 2016 include British Columbia’s and Alberta’s best homegrown ’01-born Bantam players and Ontario’s ’00's (not including transplanted players from other provinces or the U.S.). 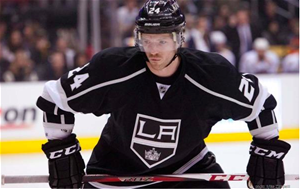 Surrey Minor’s Colin Fraser won HockeyNow’s first-ever B.C. Minor Hockey Player of the Year Award in 2000. Since then, Fraser has become a two-time Stanley Cup-champion— one with the Chicago Blackhawks and one with the Los Angeles Kings.

“I feel like an old man talking about this award,” said the 29-year-old, who was named Player of the Year as a 15-year- old Bantam. “Obviously, it was something special at the time and something I’ll never forget.”

The award has been won by 11 NHL-Drafted players, including 2011 first overall pick, Ryan Nugent-Hopkins of the Edmonton Oilers.

“The award is a great honour, especially when you look at some of the people who have won it in the past,” said Nugent- Hopkins of players who came before him like Fraser, Gilbert Brule, Karl Alzner, and Stefan Elliott.

Babych reiterated that the award is all about celebrating all that the game means to British Columbia.
“There are so many positive stories of minor hockey players in this province—and I’m not just talking hockey,” he said. “I’m talking about complete people. It’s more than just a hockey award, I think it celebrates a lot more than that.”

“I know some of the kids that have won this award, before,” said Babych. “You can see the importance of being a well-rounded person. Not everyone is going to make the NHL but the guys who are well-rounded always seem to be successful in life.

“We are looking for a leader—someone with real confidence. It may not be an overly verbal leader or an overly physical leader; but someone that respects what his teammates are about and someone who has earned the respect of his teammates."

Babych, who played over 1,300 NHL games as a defenceman for the Winnipeg Jets, Hartford Whalers, Vancouver Canucks, Philadelphia Flyers, and Los Angeles Kings, scored more than 700 points. Since retiring from the game, he has been actively involved in BC Hockey as a coach and an executive and is a player development consultant for the Vancouver Canucks.

“I always love watching hockey—you always love watching the players that enjoy the game and appreciate this game,” said Babych. “Some play the game for different reasons—whether it be pressure from their parents, or a potential pay-off they think might come from it. But some of the more well-rounded families have it figured out in the sense that it’s important to play the game to enjoy it, to be a good teammate, to work hard at it—those types of things.

“Those kinds of families will make sure the homework is done and that the life priorities are straight. There are some parents that say, go play and make sure you get a contract. But the game should be about team play, respect for your opponents, respect for referees; and that translates to everything these kids do, whether it be the way they treat their teachers or their mentors or whomever. And for the guys that have won this award before, those types of things are huge reasons why they were recognized.”

Selection teams work to recognize players throughout B.C., Alberta and Ontario
Babych chairs three selection teams that rank players, regionally, throughout the season, before narrowing down to a small group of finalists. “Throughout the year, because of our regional rankings, we're able to spotlight kids from key regions of British Columbia, Alberta and Ontario” he said. “That was really important to us and that’s really important to me, that you can encourage and recognize a number of young players.”

And thanks to HockeyNow’s relationship with with ISS Hockey, Dennis MacInnis, their Director of Scouting, will be helping with the selection process and player recruitment. Dennis MacInnis is an original founder of ISS, starting the company in 2002 with the mission of providing the best independent scouting information to the hockey world. As Director of Scouting, Dennis recruits and manages a large network of ISS scouts located throughout the world.  Also joining the selection teams from ISS Hockey are senior scouts Brent Parker, the Western Canada regional scout, Mike MacFarlane, Head Ontario Scout and Mike MacPherson, Ontario Canada Regional Scout, ISS Hockey. Other members of the Selection Team include Garry Pochipinski, Wade Klippenstein, Jamie Porter, Bill Laforge and Dan Bonar.

Minor Hockey Player of the Year