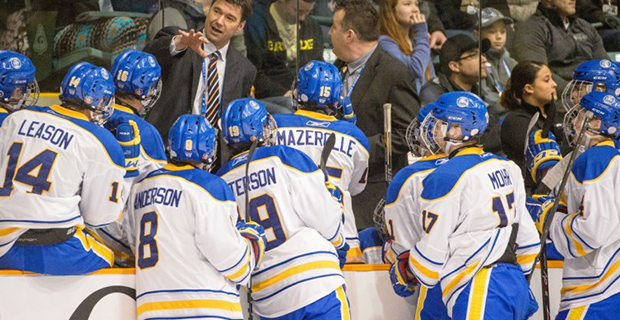 Of the 35 players invited, all but one are WHL prospects as Alberta loads up in an attempt to win gold at the 2019 Canada Winter Games in Red Deer.

In total, five goaltenders, 10 defencemen and 20 forwards are all vying for a spot on Team Alberta for the Canada Games, held once every four years.

Of the 17 WHL teams represented on Team Alberta’s shortlist, the Red Deer Rebels lead the way with four players named to the group of 35.

An NHL playing veteran, with coaching experience in the NHL and American Hockey League, the 51-year-old Saskatchewan native was last an assistant coach with the New York Islanders in 2017-18.

He is a former WHL player, spending two seasons with the Moose Jaw Warriors, before joining the Edmonton Oilers in the 1987-88 season after being selected in the ninth round of the 1985 NHL Entry Draft by the Oilers. He won two Stanley Cups in Edmonton, and played a total of 1,182 career NHL games over 19 seasons.

He is the 21st head coach in Americans’ team history, and replaces replaces Mike Williamson, who spent four years at the helm in Tri-City before stepping down at the conclusion of this past season.

CHIEFS SHAKE UP ROSTER
The Spokane Chiefs have been busy so far this summer, announcing a pair of player moves.

McKay, a six-foot, 209-pound forward from Swan River Man., has played 113 games with Spokane over the past two seasons, recording seven goals and 15 assists. He’s known for his physical presence, having amassed 275 PIMs with Spokane, but can also contribute offensively.

In a separate deal, the Chiefs acquired 18-year-old centre Michael King from the Kootenay ICE. In return for the former seventh-round pick in 2015, the ICE receive a conditional fifth-round pick in the 2020 WHL Bantam Draft.

The Winnipeg native recorded 15 points (8g-7a) for Kootenay last season. He totalled nine points in 66 games as a 16-year-old the season prior.

The Chiefs made the announcement July 12.

Hamilton brings a deep resume to Calgary’s coaching position, having helped guide the Edmonton Oil Kings as an associate coach to three straight WHL Finals, two league championships in 2012 and 2014, and a Memorial Cup title in 2014.

The 44-year-old has eight seasons of WHL coaching experience, including the last four as head coach of the Oil Kings. He has also served as a head coach and assistant with

Hamilton is also three-time Alberta Junior Hockey League Coach of the Year with the Fort Saskatchewan Traders in 2006 and Spruce Grove Saints in 2009 and 2010.

The Hitmen made the announcement July 17.