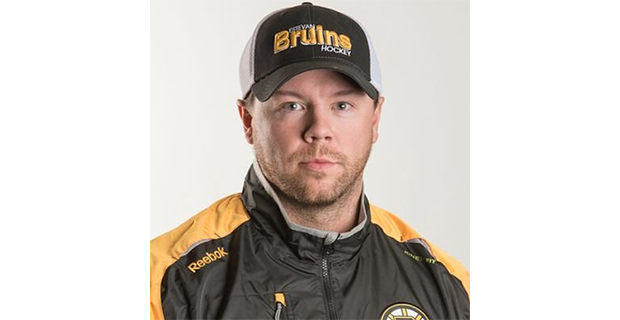 KOOTENAY INTERNATIONAL JUNIOR HOCKEY LEAGUE
When the Castlegar Rebels open their 2018-19 KIJHL season, Carter Duffin will be calling the shots at the team’s new head coach and general manager. He replaces the outgoing Bill Rotheisler.

“I’m very excited and honoured to be chosen to lead the Castlegar Rebels,” Duffin said of his appointment on Aug. 20. “I’m looking forward to continuing to build a team that Castlegar can be proud of.”

HERITAGE JUNIOR HOCKEY LEAGUE
When the puck drops on the 2018-19 HJHL season, the Three Hills Thrashers will be taking direction from a new head coach. Wayne Sharp will be calling the shots behind the bench for the Thrashers starting this fall.

Sharp moves up from his assistant coach’s role with the club. He brings an extensive coaching background with Kneehill Minor Hockey and has extensive experience developing young players.

Joining Sharp are first-year assistant coaches Trevor Bauer, a former player for the WHL’s  Prince George Cougars and Everett Silvertips, and Mike Winther, a 2012 draft pick of the Dallas Stars.

PRAIRIE JUNIOR HOCKEY LEAGUE
The Traveland RV Storm have announced that Kyle Mulligan is joining the Storm as head coach. Mulligan brings 14 years of coaching experience to the Storm, including as an assistant coach with the  Alberta Junior Hockey League’s   Lloydminster Bobcats as an assistant coach with the Saskatchewan Junior Hockey League’s Estevan Bruins in 2016-17.

Jim Jasper is returning as the Storm’s assistant coach, and he’s been with the team’s coaching staff since 2007.

On a related note the Storm are pleased to confirm they will continue to call Pilot Butte home and are excited about playing in the Pilot Butte Recreation Centre for many years to come.

They have a new look and a new home, but the Kilty B's will still have some familiar faces in the lineup when the 2018-19 GOJHL season opens next month.

Head coach Ken Peroff will be counting on a few veterans when the puck drops.

Defencemen Tanner Brennecke and Derek Raposo, who both played regularly among the top defensive pairings for the 2017-18 Avalanche, are back to anchor the blueline. Fellow blue-liner Matt Stayshyn, a 17-year-old Hamilton Jr. Bulldogs graduate, is also on board with the Kilty B's.

Up front, the club is bringing back forward Luke Croucher, who had 11 goals and 25 points as a rookie last season. The 18-year-old from Ancaster led the team with four goals and three assists in 11 playoff games.

Back to Top
By HockeyNow| August 24, 2018
Categories:  Junior
Keywords:  Junior B