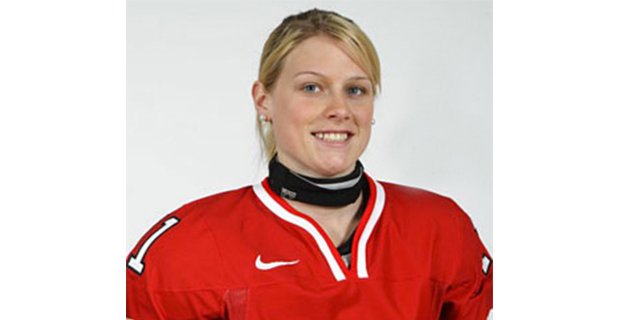 TORONTO FURIES
The Furies have named Courtney Kessel as the team’s new head coach, replacing the outgoing Jeff Flanagan. She takes the helm this fall. Joining the 29-year-old Kessel will be Ken Dufton in an advisory role for the upcoming 2018-19 Canadian Women’s Hockey League season.

A University of New Hampshire grad, Kessel (nee Birchard) brings a wealth of hockey experience as a coach and a player.

“I am really excited to join the Furies organization,” Kessel said. “It’s an amazing opportunity to be back in the CWHL, a league that provided me so many opportunities as a player.”

Kessel is a coach with Hockey Canada’s women’s program, coaching this past season with Canada’s U22 development team. She was also the head coach at Havergal College in Toronto and served as an assistant in the Oakville Hornets Girl's Hockey Association.

The recently retired National Women's Team player competed in elite women’s hockey for 10 years, most recently in the Swedish Elite League with Linkoping. A reliable defenceman in the Hockey Canada program, she played in three IIHF World Championships with Team Canada, winning gold in 2012. In addition, she also played at the U22 and U18 levels for the national program. She played five seasons with the Brampton (now Markham) Thunder of the CWHL from 2011 to 2017, appearing in two CWHL all-star games and earning rookie-of-the-year honours in 2012.

Dufton comes to the Furies as one of the most decorated coaches in female hockey. Having been a founding member of the Toronto Aeros organization, Dufton helped develop a program that included many Olympians, World Champions and Hockey Hall of Fame members.

BOSTON BLADES
The Blades have announced Paul Kennedy as the team's new head coach for the upcoming 2018-19 CWHL season. He replaces Kacy Ambroz behind the bench.

The 2018 Women’s Ice Hockey Founders Award Recipient, Kennedy joins the CWHL having coached high-performance athletes in the Massachusetts area over the past 15 years.

“It’s an honour to step into the role of head coach with the Boston Blades,” Kennedy said. “I’m well aware of the decorated history this franchise possesses, and I know there is a bright future ahead.”

Throughout his career, Kennedy has worked extensively with USA Hockey. He was the power-skating coach for the U.S. Women’s National Team, retiring in 2014, and he serves as an instructor at National Development Camps and as an evaluator and scout for the U.S. National Team program.

Well known within the Massachusetts hockey community, Kennedy will play a key role in advancing the Blades franchise, starting with the recruitment of players in the 2018 CWHL Draft and the establishment of a strong support staff for the upcoming 2018-2019 season.

LEAGUE
It's going to be a summer to remember for Jayna Hefford.

After being selected to join the Hockey Hall of Fame in June, Hefford was announced as the CWHL's interim commissioner in late July. She replaces inaugural commissioner Brenda Andress, who’s been in the position since the league began in 2007.

As Hefford steps into the interim commissioner's role, the search for a permanent replacement is underway.

Hefford’s immediate task is to prepare for the 2018 CWHL Draft on Aug. 26, and to guide the league as it enters the 2018-2019 regular season. She will also continue to place a priority on growing elite women’s hockey through the CWHL, which features the world’s top female hockey players.

“I am honoured and excited to step into this role with the support and trust of the board of directors,” Hefford said. “I am fully committed and focused on setting our league and its players in a positive direction for the upcoming season.”

With an elite playing career spanning two decades, Hefford holds the distinction of second-most games played, goals, and points scored across five Olympiads and 12 world championships with Team Canada. Hefford has also made her mark on the CWHL, retiring from the Brampton Thunder in 2013 as the league’s then all-time top scorer. The Jayna Hefford Award is handed out annually to the CWHL’s most valuable player in the regular season as voted on by the players.