From the Press Box: It’s A Great Time To Be A Fan 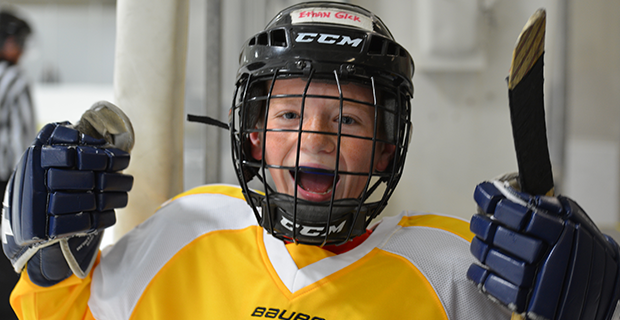 Between the NHL playoffs, Memorial Cup and RBC Cup, who doesn’t love this time of year?

The RBC Cup showed us once again that anything can happen, no matter the odds coming into a tournament.

For the second year in a row, the RBC Cup host team managed an upset and won the cup on home ice.

Last year, host Cobourg Cougars had an incredible run, losing only once and defeating the favourite Brooks Bandits to claim the championship.

This year, the Chilliwack Chiefs kept things a little closer but pulled through when it matters most. This was a great one to watch and clearly the Chiefs show that the rest did them good and they used the time well.

Further east in Regina, the Memorial Cup is underway and they too have a strong host team in the Pats, and are coming off a host win in Windsor last year.

Make sure to take a closer look at the teams in the running this year in our feature spread, and follow us online for daily updates.

Of course, this is also a great time of the year for hockey fans as the OHL Priority Selection and WHL Bantam Draft just wrapped up. At HN, this is when we get to see the players who have been shortlisted for our Player of the Year award have a piece of their future figured out.

Our selection committee, spearheaded by ISS founder and head scout Dennis MacInnis, managed to shortlist some huge picks in advance of the drafts and it was great to see these young talented players get picked up.

We’ll also get to see at least one of our former Players of the Year get drafted next month in Dallas. Spokane Chief Ty Smith, our 2015 POY and one of the top defenders in the dub, is expected to go in the first round and is currently ranked at 19 by ISS.

We’ll have tons of player profiles, predictions, inside scoops from ISS scouts and more online and in our June issue leading up to the draft.

Then we’ll turn our attention to choosing the 2018 POYs, which we’ll announce in our July issue.

This is an especially great year to be a POY winner, as we’ve partnered with HockeyShot who are putting together some huge prize packs for the award winners in each region, and are also giving out monthly prizes to randomly selected players on our Top 10 lists.

If you don’t already, follow us on Twitter and Facebook and sign up for our newsletter so you can catch the latest from the Memorial Cup, NHL Draft, our Player of the Year race and everything in between.

As always, thanks for reading and we’ll see you at the rink.