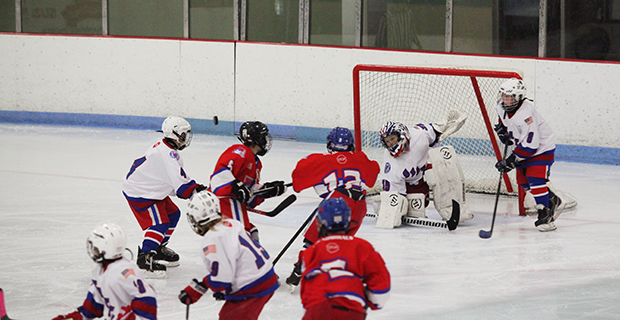 But that’s a good thing.

Even in summer the game provides us great achievements, such as HN’s annual Player-of-the-Year (POY) Awards and events like Team Canada’s U17 selection camp next month at Calgary’s Canada Olympic Park.

The first full day of summer, in fact, marks the first day of the NHL Entry Draft in which the International Scouting Services (ISS) expects 2015 HN Alberta POY Ty Smith to be taken in the top 20.

B.C. POY from 2015, Luka Burzan, is expected to go anywhere from the second to fourth rounds.

Smith, a defenceman out of Lloydminster, put up 14 goals and 59 assists this season – his second full campaign with the Western Hockey League’s Spokane Chiefs. The 18-year-old blueliner is was ranked 19th overall by the ISS in its final draft rankings, which puts him squarely in the draft-day crosshairs of the Philadelphia Flyers. Some pre-draft speculation has Smith going as high as 10th to the Edmonton Oilers and 12th to the New York Islanders.

With his pro hockey future entirely up in the air, the smooth-skating 5-foot-10, 176-pound rearguard taken first overall by the Chiefs in the 2015 WHL Bantam Draft says he isn’t losing any sleep this week.

“Not at all,” Smith says three days ahead of the NHL Entry Draft draft. “It’s obviously cool, and you never know where you’re going to go. But, I’m not losing any sleep or anything like that. I’m just going to try and enjoy it.”

Burzan split time between the WHL’s Moose Jaw Warriors and Brandon Wheat Kings this past season, his second full season in the WHL. He played Bantam in both Surrey and North Vancouver before being selected sixth overall by the Warriors in the 2015 WHL Bantam Draft.

According to Wheat Kings head coach David Anning, the six-foot, 185-pound centre is a “very hard working guy. He brings it every day, practice or games. He’s somebody who is very competitive.”

High praise for a possible fourth-rounder who sniped 15 goals and added 25 assists in 72 WHL games this past season. Someone’s getting a bargain.

Other CHL prospects expected to get plucked in the NHL Entry Draft’s first round include forward Andrei Svechnikov of the OHL’s Barrie Colts; defenceman Evan Bouchard of the London Knights; and Barrett Hayton of the Soo Greyhounds.

So, while it’s easy to reach for the bicycle, tennis racquet, golf clubs, fishing rod and swim trunks to get into the summer swing -- hockey is still circulating in our veins. It’s in our blood.

It’s why we leave our sticks leaning up against the front of the house year-round. You don’t know when a pickup game is going to come calling.